BRUSSELS - BELGIUM - 15 JANUARY 2009 -- The controversial Czech artist David CERNY answering questions from journalists about his map of Europe created as a mosaic useing stereotypes for each of the 27 EU countries has made a storm around Europe with Bulgaria asking for the "Toilet", as Bulgaria is shown, to be removed. The art-installation was supposed to be made by 27 different artists but Cerny admitted that he is the only one. Photo: Erik Luntang 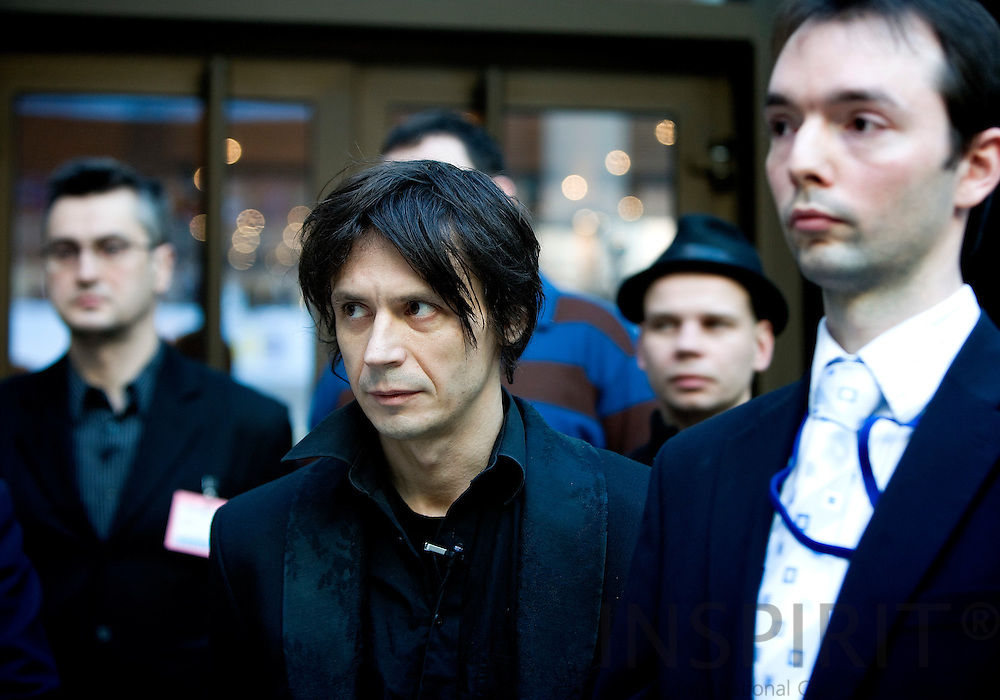